Roscoe - a Letter from Mom Cyndi

The colors of the Italian flag represent Faith, Hope and Charity... let us one and all have faith in Roscoe's ability to fight this... hope that he will soon be well... and offer charity by sending our prayers and our thoughts to his family for a fast recovery... Your friends at Zoolatry

Dear friends, It is with a very heavy heart that I send out this email. I knew and feared this day would come, unfortunately it same sooner than expected. Though the boys are old in cat years, I had hoped they would stay healthy for many more years to come. In just a few weeks they will celebrate their 13Th birthday.

Since spring, we have noticed that Roscoe was losing weight. At first we didn't think much about it because he and Opus had been put on diet cat food to help with their "fluffiness". But soon we saw that Roscoe was getting too thin while Opus wasn't losing any. We took him to our vet, but she was on vacation. The vet on call told us that he was a bit thin, but that with the hotter weather it was normal for cats to eat less and lose weight. She told us to keep an eye on him and bring him back if he got any thinner. Otherwise, she told us to return in the fall when the weather was cooler to see how he was doing.

Yesterday when we left the house, Roscoe was his perky, talkative self. He even chased the belt that was hanging off my husband's bathrobe. We were gone ALL DAY, returning home at 7pm. I knew something was wrong when his sweet face wasn't at the door to greet us. We found Roscoe on our second floor terrace where we keep the litter box. He was laying on the ground next to his litter box with his chin on the floor and slobber on the side of his face. He was awake, but wouldn't sit up or walk.

I worried about what kind of medical care the boys and I would get when we moved to Italy. I am relived to say that Roscoe's vet is wonderful. The office was closed for the weekend, with nearest pet emergency room an hour away (and that isn't even a 24 hour one). Our vet left her dinner plans and rushed to the office where she performed many tests.

Roscoe's urine came back fine, but she said his eyes were sluggish, his body temp was too low and he was slow to respond. She also said that he was dehydrated. An ecograph showed that he has what might be a tumor growing on his kidney rendering it useless. The second kidney was unusually large, perhaps because it has been doing all of the work. Oddly though, his blood work came back looking perfect. There were no signs that his kidneys are not functioning enough (for now).

He was given an iv with fluids and also some vitamins. Since there is no 24 staff, Roscoe was sent home with us. I placed his doggy bed (yes, I said doggy it was his Aunt Muffet's bed) with a blanket in the bottom of a laundry basket. I place the laundry basket on our bed and I sat with him all night. Once he drank some water and twice he has gone to the bathroom. I had to carry him there as he is not able to walk. He is not interested in eating at all. But he isn't meowing in pain or crying and he even purrs from time to time when I love on him.We are all very worried about him. Opus is out of his mind. At 5am, he started walking around the bed room meowing. He doesn't want to be held, but he doesn't know what to do. Occasional he goes to Roscoe's bed and licks him. When he isn't in bed with us, he is always near by, never leaving the room. Opus has always been a sensitive cat and he understands well that something is terribly wrong.

Our wonderful vet made a house call this morning, even though it is Sunday morning! She came by to give Roscoe another bottle of IV fluid. She also did a quick neuro check, which showed that there are some problems. Tomorrow he will go back for a Eco/Doppler test which will show more clearly what is going on inside. And then we will know just what we are up against.

I can't even begin to tell you what these cats mean to me. We in the blog community love our pets and, to many of us, they are our children. Opus and Roscoe have gone through a lot with me. For many years it was just the three of us. They slept close to me when I was sick and carried me through a few heart breaks. When I moved to Italy four years ago, I didn't come alone. That has meant the world to me, that we came here together. Opus and Roscoe are a living part of my American life that are with me to Italy.

Please keep us in your thoughts and prayers. This is just another reminder of how fragile life is. As soon as you are done reading this, grab your loved one (furry and human), hug them and let them know how much you love them. Thank you all for being our friends- Love, Opus and Roscoe's Mom, Cyndi
Posted by KC and the Giggleman Kitties at 9/07/2008 12:00:00 AM

oh, woe! we has begun purrrin' an' purrrayin' non-stop for roscoe, mom cyndi. what a good brofur that opus is!

our hearts hurt for you, dear ladybean, an' our mom sends you people-hugs.

KC and the Giggleman Kitties said...

We Sherwood Cats are purring and purraying for sweet Roscoe and for Opus and Mom Cyndi.
We know how our hearts and lives get intertwined around each other, be it human or cat or dog or whatever.
We are praying (and purring) for all of you...
Love and Purrs,
ML, KC & Crew

We's purrin and prayin for Roscoe, Opus, and Mom Cyndi. Our hearts are with you and we are here for you.

Oh gosh, that sounds a lot like what happened to Bonnie, except it was her liver that failed. She was too far gone for some of the tests Roscoe has had. We sincerely hope that Roscoe will be ok soon and send our strongest hugs and healing purrs to all of you.
Nina, Victor, & Tabbymom Jen

We will prrrr and purray and wag our tails for Roscoe and Opus and you, Mom Cyndi. We know how hard it is for our humans when we get sick because you love us so much.

We are purring and purring! You are not alone at this hard time - he will pull through this! Just remember all the miracles the CB has worked before!
The Cat Realm

We're purring and purraying for Roscoe. We hope they find something that is easy to fix and that Roscoe will be better soon.

Sniffie and the Florida Furkids

sad woof's please no u r all in our thoughts and prayers...we hope roscoe feels better soon, and goes back to doing his cat stuff..

a sad,
rocky
bear
angel lacylulu
and the mama...

This makes me very sad,and I am purring and purring for Roscoe.
Momma says she cannot begin to imagine how you feel,but she says i am her baby and she would be so sad if it was me,so she sends lots of hugs too. xxxxxxx

We are sendin' lots of purrayers fer healing.

Memories of Eric and Flynn said...

We are sending lots of healing purrs to Roscoe and praying for him. ((((Hugs))))to all of you.

We are purring and praying for Roscoe that he will come around and become healthy again.

All of us at Artsy Catsy are purring and purraying for Roscoe, and you're all in our thoughts constantly. We understand completely how furbabies become an actual part of your heart.

Poor Roscoe...we started purring for you as soon as we heard that you were sick. We'll keep on purring and praying for you and Opus and Mom Cyndi.

I am praying so hard that my dear sweet Roscoe will get better soon. I know he is really sick now and I just feel that all of the nice thoughts and prayers will help him get better soon.
I also hope his mom, dad, and Opus find comfort in all our caring for Roscoe and that they too know that we are thinking of them too.
GET BETTER SOON ROSCOE, LOVE YOU!!!

We are so sorry to hear about purreshus Roscoe! Please know that alla us Ballicai and our Mommma are purrin and purrayin as hard as we can that sweet Roscoe gets better, and Momma sends you lots and lots of (((((((((hugs))))))))))))).

Kittyhugs and purrs and heart fulls of love from alla the Ballicai.

We are purraying that Roscoe can fight this! Please know that Roscoe, Opus and you are in our thoughts!

you, Opus and Roscoe are in our purrs and prayers for comfort and healing. we are keeping you in our thoughts.

The Whiskers and Purrs Gang said...

Dearest Roscoe and Mom Cyndi,
We is prayin' for you SO hard...and we ain't gonna stop. Please know that we is thinkin' 'bout you every single minute all the way in Richmond, Virginia. Please promise to keep us posted, 'kay? And, remember...we ain't gonna stop prayin'...not even for a second.

Very truly yours,
The Whiskers and Purrs Gang

We will be purrring for Roscoe and all of you during this scary time. We hope that he gets better soon.
-Stryder, Scotchy & Sugar

Scooby, Shaggy & Scout and mom Lynne are all praying, purring and keeping you all in our thoughts.

we will be keeping all of your family in our thoughts and prayers.

We are purring & purraying for sweet Roscoe & his family. Hopefully he will be feeling much better very soon.
Mama understands that to some beans their furbabies are their babies. That's how it is with us.

My heart breaks for you! Yes, we are all a big family, whether we have fur or skin.

Purrs and Love and Thoughts
Tara (and Kavan and Mom)

I am keeping all of you in my thoughts and prayers. Get better soon, Roscoe!

We're purring and purraying with everything we have for Roscoe to get better, and for Opus and Mom Cyndi,

I am purring very hard for Rosco and for Cyndi and Opus too.

The loss of a furry does leave a hole in your heart. We all know this because we have all been through it, sometimes multiple times. So whenever there is a loss, we all feel the pain. ~Jan's Funny Farm 07-08-2009 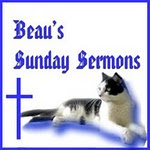